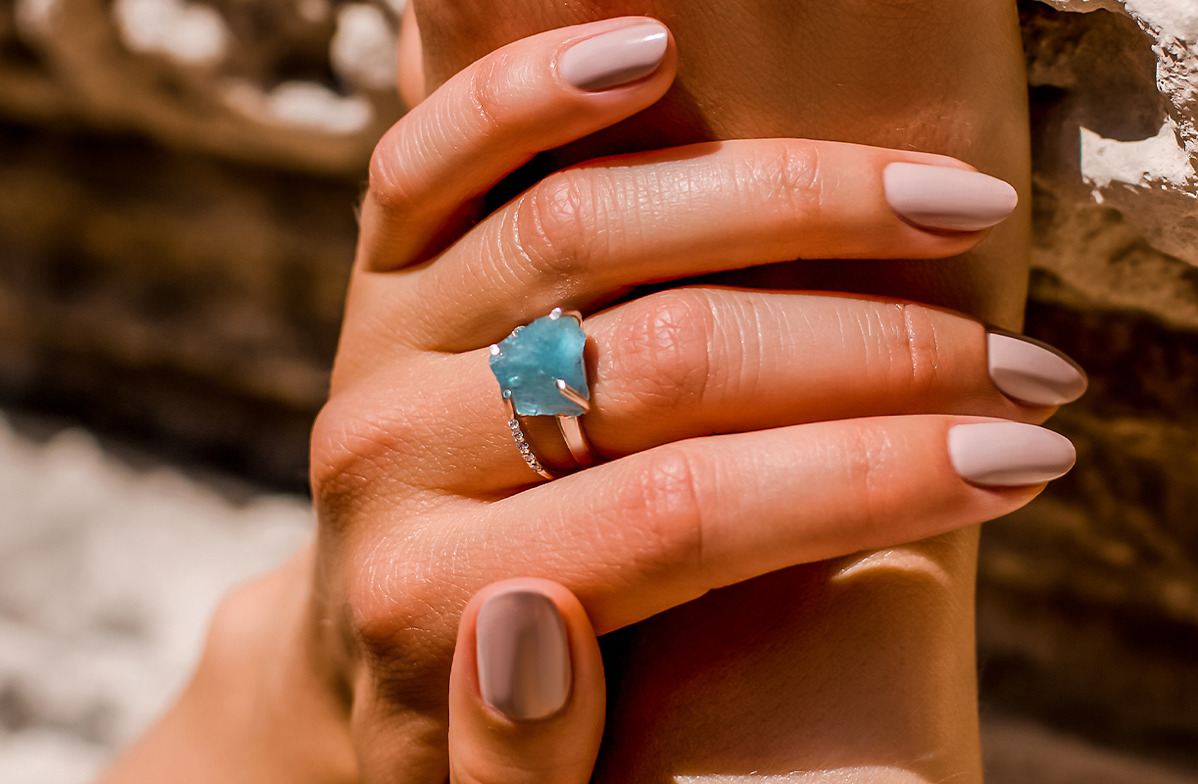 Like the turquoise waters of the Caribbean, aquamarine is at once calming and invigorating. It’s named for the ocean and made of the earth. Celebrate the duality of sea and stone with this cheery March birthstone in raw crystal or polished form.

What is the March Birthstone: Aquamarine

All of you March babies out there are probably familiar with aquamarine. It’s the traditional birthstone for March and those with signs straddling either side of the month. While modern birthstones may be linked to birth months, natal birthstones are aligned with your Zodiac sign.

That means you too, Aries, can rock aquamarine if diamond jewelry is a little out of reach. And Pisces, you’re obviously right at home with aqua and marine (you ocean loving sign), though you could easily sport some amethyst jewelry too.

In her book Holistic Energy Magic, Tess Whitehurst ties the beautiful aquamarine to even more lucky astrology fans. “A water stone, aquamarine is connected to Pisces and Aquarius, the sign of the water bearer. It is also connected to the signs of Gemini and Libra,” she writes, touting its ties to love and fidelity.

While aquamarine is currently the most popular March birthstone, it was once considered the October birthstone instead. In his poem “The Stones of the Month” early 19th century poet Theodore Koerner placed aquamarine and October hand in hand, while writing of a similar era tapped bloodstone as the birthstone for March. But by looking at its wonderful colors, we must say otherwise since this is truly a spring jewelry in our birthstones chart.

“Aquamarine helps release negativity, pain, anger, and depression, replacing them with beauty, peace, love, even joy. It especially helps you activate the beauty of your heart energy.
- Dorothy Roeder -

Taking its name from the Latin for water and sea, it should come as no surprise that aquamarine’s symbolism is loaded with nautical tales. In The Curious Lore of Precious Stones, George Frederick Kuntz writes of the connection between sailors and their mineral kingdom patron saint.

“One of the special uses of amulets was for seafaring people,” he writes, “for, in ancient times especially, all who went down to the sea in ships were greatly in need of protection from the fury of the elements when they embarked in the small sailing vessels.”

To 3rd and 4th century Greeks, aquamarine was a necessity in any sailor’s toolkit .Aquamarine was known for its ability to help the wearer banish fear and tune into revelation. In her book Gem and Stone: Jewels of Earth, Sea, and Sky, Jenifer Altman relays a few more aquamarine legends.

“The stone was widely used for medicinal purposes and as an oracle throughout the Middle Ages,” she writes. “And mariners, who believed it to be a gift of the mermaids, wore amulets of aquamarine engraved with the likeness of Poseidon, the sea god, to protect them.” She continues, telling of sailors keeping small pieces of aquamarine birthstone in their pockets and tossing them overboard to calm angry seas in times of need.

Not only the birthstone for March, aquamarine jewelry is a thoughtful gift for water signs, those who suffer from seasickness, or anyone who spends time near the coast.

Named for water and the sea, this peaceful gem is twice the fun for water signs. 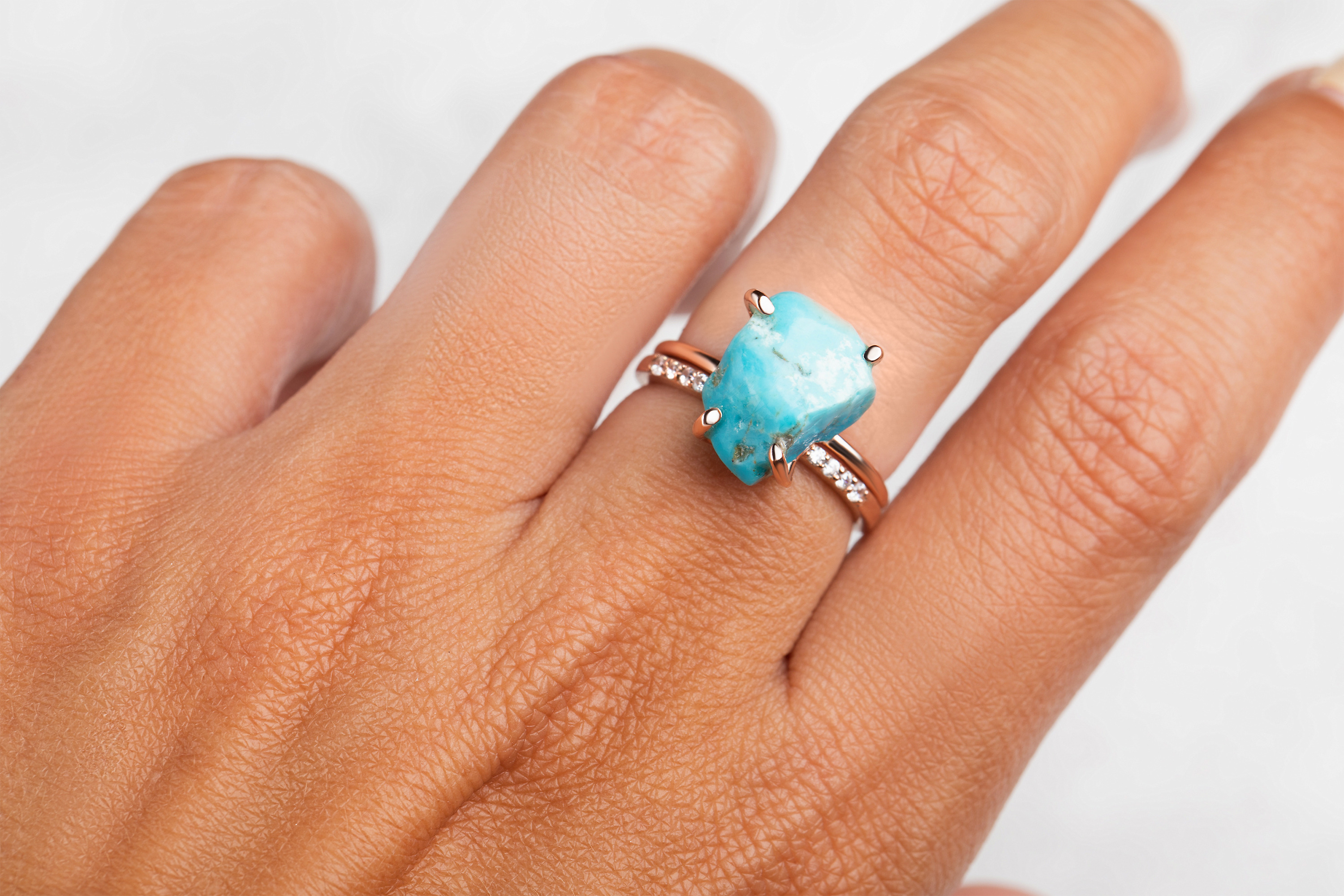 Aquamarine birthstone is most often associated with March, but it was once tied to October too. 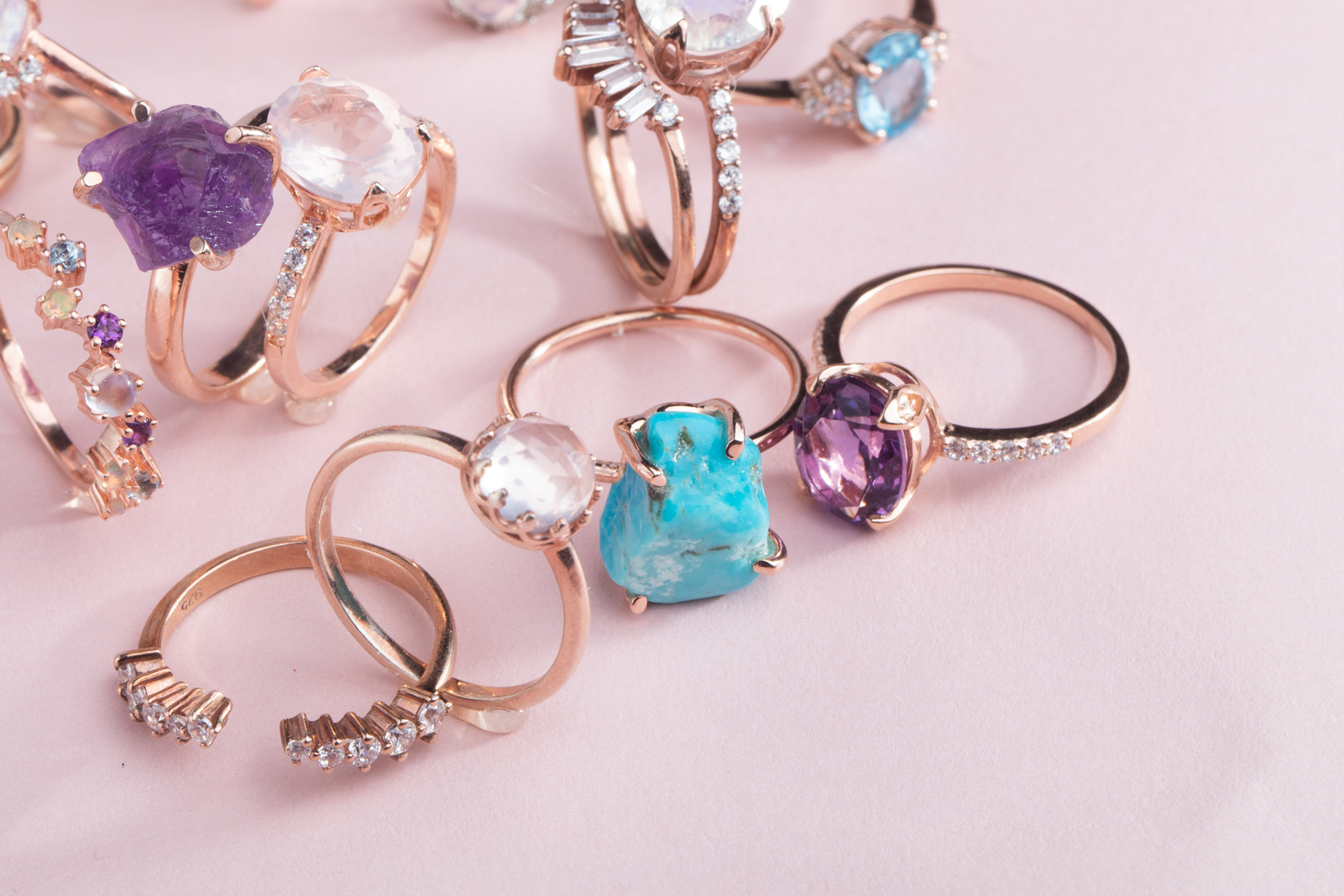 Wear aquamarine to channel calmness, courage, and intuition in times of need. 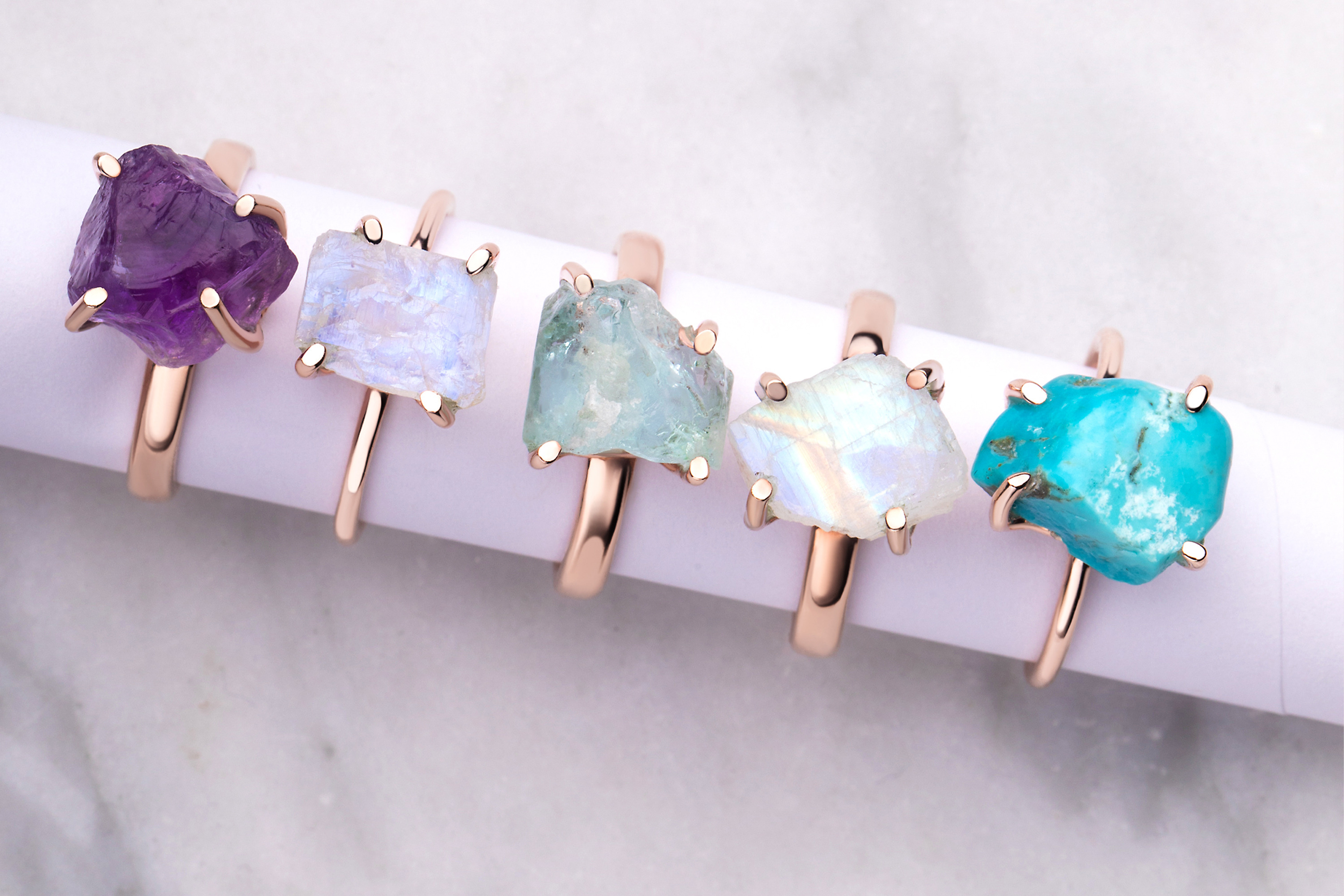 A member of the beryl family (along with emerald and morganite), aquamarine birthstone joins a bevy of watery blue natural gemstones. Like many rocks and minerals, names for aquamarine have varied throughout cultures and ages, and other, similar stones have shared the same name. It has been called water sapphire and sea green beryl, and like its cousin emerald, is associated with spring. Two minerals that are commonly mistaken for aquamarine are blue topaz and corundum, both pale blue lookalike stones that have also gone by aquamarine.

While the name aquamarine is pretty unoriginal, several blue gemstones trace their names back to blue and stone. These include lapis lazuli, sapphire, and kyanite - also spelled cyanite (like the printer ink). Similarly, but perhaps a little more creative, other blue hued gemstones earned their names from bodies of water and coastal towns. Chalcedony, a powdery pale blue is named for the ancient bay city of Chalcedon. And the rich jungle greens of Amazonite can be attributed to the mighty South American river. While not necessarily the color of water, ocean jasper and charoite (also named for a river) pull inspiration from the swirling textures of moving water reflected on their surfaces.

Aquamarine is the official state stone of Colorado, and can be found in the high Rocky Mountains of Wyoming and Idaho too. Also a traditional gift for a couple’s 19th wedding anniversary, author Dorothy Roeder recommends using the March birthstone to strengthen your awareness of the beauty in your own heart.

“It has been said that the mineral beryl gives the wearer protection against foes in battle or litigation. It makes the wearer unconquerable and amiable, and also quickens the intellect.”
- Gemological Institute of America (GIA) -

We hope you learned something new about aquamarine - birthstone for March, guardian of sailors, and tamer of hearts. If you’re still looking for the perfect birthstone jewelry or personal birthday gift, check out our Guide to December Birthstones, dive into the dreamy world of the June Birthstone, or keep it classic with April’s Birthstone, Diamond.