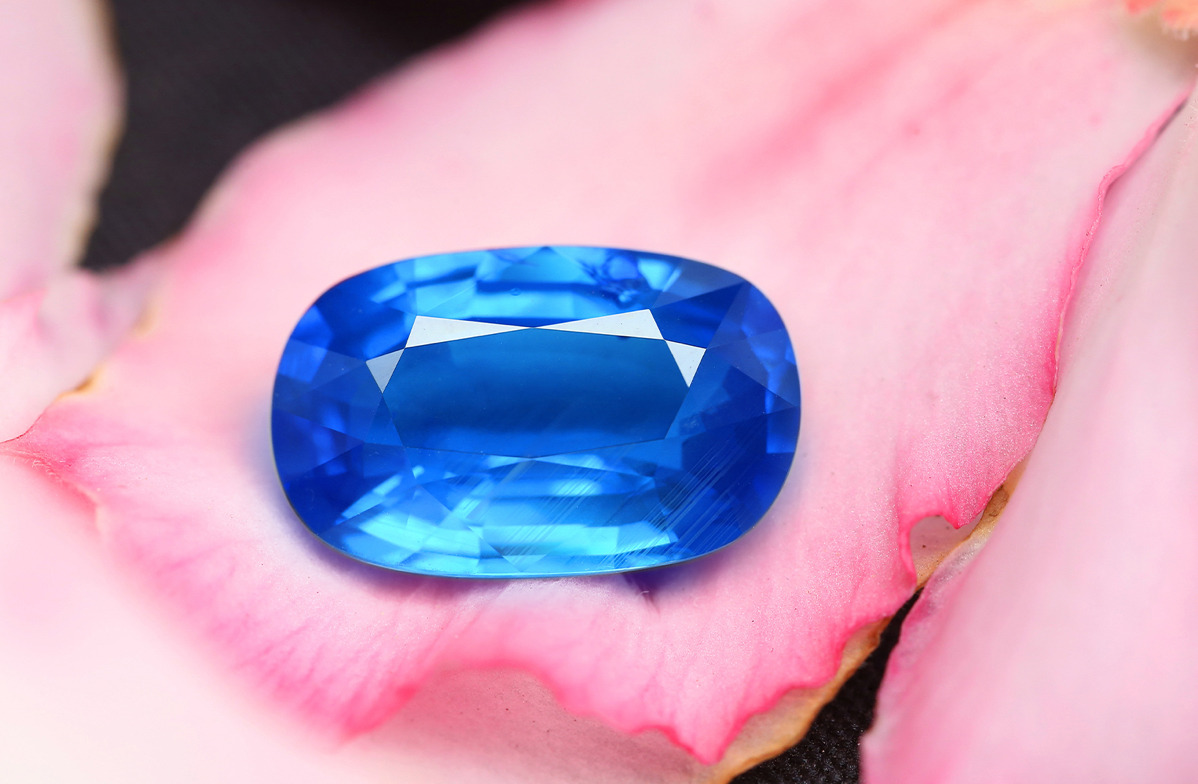 What is the birthstone for September? Sapphire

The modern, and nearly uncontested, birthstone for September is sapphire. While other months must compete for attention – June, for example has four birthstones – sapphire gets the spotlight all to itself. This stunning blue gem was part of the original list of Hebrew birthstones, and has continued to be a favorite across cultures and centuries.

Though it’s the September birthstone by monthly accounts, sapphire has been linked to several zodiac signs. It’s tied to Gemini and Taurus in early Spanish accounts, and according to gemstone historian George Frederick Kunz, it is “properly the gem for April.” In her 2012 book Gem and Stone, Jenifer Altman also points to sapphire as the original birthstone for April and the ayurvedic birthstone for August. It’s also tied to Thursday, autumn, and the number 10 (if you weren’t born in September, but are still looking to justify a purchase of the pricy blue stone).

While sapphires come in a range of natural colors, it’s the bold cobalt blue gem that earns all the attention. Romantic poet Percy Shelley used the stone to describe “sapphire floods of interstellar air” while Kunz calls it “the height of celestial hope.”

The Star of India, which exhibits a radiating effect called asterism, is one of the finest examples of blue star sapphire. Clocking in at 563 carats, this unique gem owned by the American Museum of Natural history is one of the most valuable in the world. In the 1960s it was nabbed (along with a pricy star ruby) in a jewelry heist fit for a movie.

Duchess of Cambridge Kate Middleton proudly sports another famous sapphire with a cinematic story behind it. Prince William popped the question with a stunning blue sapphire ring once worn by his mother Princess Diana. The untraditional wedding ring caused an uproar when Diana, an 80s fashion icon, was seen in the bold September birthstone instead of a conventional diamond engagement ring. Seems the Cambridges are following in her very stylish footsteps.

“The sapphire - the gem of autumn, the blue of the autumn sky - is a symbol of truth, sincerity, and constancy,” writes Kunz in his book The Curious Lore of Precious Stones. “Less vivid than its sister gem, the ruby, it typifies calm and tried affection, not ardent passion,” he continues. “It is therefore appropriate to the autumn season, when the declining sun no longer sends forth the fiery rays of summer, but shines with a tempered brilliancy.”

According to the International Colored Gem Association, sapphires have long been associated with heavenly blues. “The ancient Persians called a sapphire gemstone ‘lazvard,’ literally translating to ‘that has the color of the sky.’ They believed that the earth was leaning on a huge sapphire, therefore explaining the blue colored sky,” they write. Also drawing associations between the sapphire birthstone and Greek culture, they note that it was a favorite stone of Apollo and the Oracle of Delphi.

In Gem and Stone, Altman also tells of the importance of sapphires to ancient Greeks. “Greek mythology holds that the first ring ever worn was made of sapphire,” she writes. “It was believed to belong to Prometheus who, as part of his punishment for discovering fire, was made to wear the jewel as a reminder of the hottest parts of the flames he was not ever to coax to life again.”

“The sapphire was like the pure sky, and might Nature had endowed it with so great a power that it might be called sacred and the gem of gems.”
- George Frederick Kunz -

Sapphire’s planetary associations have varied by culture, and include Venus, Jupiter and Saturn. Some linguists suspect the origin of the name sapphire came from sanipriya, a Sanskrit word meaning sacred or precious to Saturn. In his book, Kunz also suggests a connection between sapphires and Saturn in Indian culture. “As a talisman, the Hindus believed that the sapphire rendered the planet Saturn favorable to the wearer, an important consideration from the astrological point of view, for Saturn’s influence was generally supposed to be unfavorable,” he writes.

Superstitions and beliefs about the September birthstone are tied to truth, purity, and divination. It’s said that a piece of sapphire jewelry would protect against envy and the evil eye. Accounts by 13th century Franciscan monk Bartholomaeus Anglicus claim that sapphires could be used for witchcraft and to protect against it. “Also wytches love well this stone, for they wene that they may werke certain wonders by virtue of this stone,” he writes (in Old English). He also suggests that the September birthstone could be used as an antidote to poison.

Other early European academics considered sapphire a soothing remedy for eye ailments and plague boils. And to 17th century Germans, the so called seigstien was a stone of victory. Kunz places the star sapphire along with other phenomenal gems (those with asterism or changing colors). “In the same way those who gaze for a long time and without interruption on a crystal or glass ball, on an opal, a moonstone, a sapphire, or a cat’s eye, may become partially hypnotized or even fall into a profound sleep,” he writes, calling them stones of good luck and revelation. “Indeed, it is supposed in the East that a living spirit dwells within these stones, a spirit potent for good.”

Swooning over the September birthstone? Or still looking for your mineral kingdom soulmate?

Take a look at August’s gemstone trinity, the radiant ruby for July, or one of several beautiful winter blues for December.