What is Boho Jewelry: A Guide to Finding your Bohemian Style 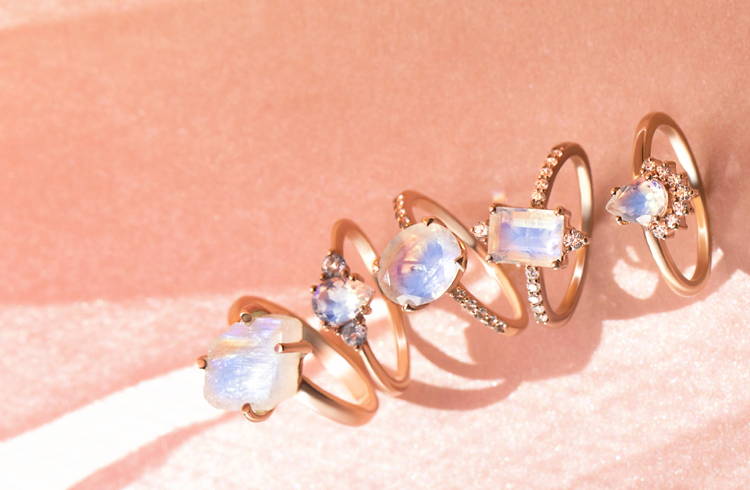 What is Boho Jewelry:A Guide to Finding your Bohemian Style

The word Bohemian describes a place, a people, and a cultural movement that spans more than 150 years. It began in European art and literary circles, found its way stateside, and continues to evolve as new generations make it their own worldwide.

Boho jewelry and fashion grew out of the counterculture, out of styles adapted and reinterpreted through the years by youth and creative movements. It tells a story of individualism and self expression (sometimes in the face of limited resources), and making the most of what you have. It’s as much about how you carry yourself as what you wear. Above all, bohemian style is a state of mind.

“the only people for me are the mad ones, the ones who are mad to live, mad to talk, mad to be saved, desirous of everything at the same time, the ones who never yawn or say a commonplace thing, but burn, burn, burn, like fabulous yellow roman candles exploding like spiders across the stars.”
- jack kerouac -

The Birth of Bohemian Style: 150 Years of Counterculture

Before you ask yourself, “What is boho jewelry?” you should probably consider where the word boho came from. If you weren’t aware already, boho is a shortened version of the word bohemian. And bohemian - though used to describe hippies, beatniks, gypsies, and unconventional creatives across the board - takes its name from a real place.

Bohemia is an area in Central Europe, both a historic kingdom and a modern day Czech kraj (region). It’s the home to the capital city Prague, which, ironically enough, is experiencing its own boho revival.

Though the cultural movement known as bohemianism carries its name, some scholars argue that the commitment to nonconformity it references actually has roots in the Romani way of life. Cash strapped artists and poets of 19th century Europe found comradery with the so-called “gypsies,” whose lifestyle they often emulated out of circumstance, and sometimes out of choice.

“i’m a girl from a good family who was very well brought up. one day i turned my back on it all and became a bohemian.”
- brigitte bardot -

The ideals cultivated by living outside of conventional society spread, thanks to writers like Felix Pyat, Honoreé de Balzac, and a pseudonym wielding lady by the name of George Sand. Though poverty wasn’t a prerequisite, it was a common byproduct of the bohemian lifestyle, and many artists and writers used the romance of the struggle to fuel their work.

Bohemian ideals made their way from the streets of Paris to the wilds of the newly opened American West with another group of writers. Mark Twain, known as the sagebrush bohemian, and his cohort Bret Harte brought their live in the moment sentiments along with them as they crafted newspaper stories and novels and in the rugged Wild West.

A century after the California Gold Rush, those unconventional and carefree ideals would spark another bohemian movement on the same San Francisco streets. There, the writers and jazz musicians of the Beat Generation gave way to the influx of hippie culture during the Summer of Love. And bohemian fashion as we know it now, became the uniform of the revolution.

As a culture of nonconformity, the bohemian aesthetic continues to grow and change. From the literary circles of 19th century Paris, to the Beats and hippies of mid-century San Francisco, the trend keeps shifting to stay one step ahead of the mainstream. Its most familiar looks began as experiments in mix and match styling - a combination of new and used, bought and found. The high low approach still applies today, and creates plenty of opportunity to accessorize with thrifted pieces and worn in wardrobe faves.

To bring your boho style full circle, we suggest studying up on these bohemian babes of the past, and borrowing the elements that truly feel like you. We’ve rounded up our favorite counterculture icons to get you started, and paired them with a few pieces of bohemian jewelry their modern day contemporaries might wear.

A singer-songwriter and 60s musical muse, Jane Birkin embodies boho French girl chic. She wooed theatergoers in French and English cinema, and lent her name to a famous (albeit terribly un-bohemian) bag.

Jane Birkin has boho simplicity down to an art. Instead of taking it to the max, she perfected the layered necklace look over a worn in tee and topped it off with those signature bangs and a coy smile.

Channel your inner Birkin girl with one of our tiered necklace such as Drops of Infinity (or layer up a few separates). Then polish off the look with our prim and proper moonstone ring Poise.

Avant-garde artist and wife of John Lennon, Yoko Ono has contributed a lifetime to the cultural landscape of America. She’s known for poetry, music, visual, and conceptual art.

To channel Yoko’s boho jewelry style, pull together a few basics in matching metals from our Essentials Collection, and combine a chain bracelet with a sleek watch in the same palette.

Nobody nails the strong, otherworldly, and simply one-of-a-kind like Grace Jones. The Jamaica-born actress and pop star is known for New Wave club hits and her role as a kick-ass rebel in Conan the Destroyer.

Whether you’re rocking a boxy blazer or a navel baring bandeau, your Grace Jones inspired look should be all about power. Grab our Inner Strength raw moonstone jewelry set or opt for the geometric Bodhi ring.

A folk-rock songstress and boho style superstar, Janis Joplin was the queen of San Francisco’s Haight Street hippie scene. Revered for her vulnerability, range, and vivacious spirit, she won fans with songs like “Piece of My Heart” and “Me and Bobby McGee.”

When it comes to bohemian style jewelry, Janis Joplin takes the cake. Her oversize sunglasses and free-flowing hair paired beautifully with every necklace, bracelet, and bauble she could find. She was known to stack rings on every finger, and pile bangles on each wrist.

Don’t be conservative when it comes to crafting your Janis adjacent look. Stock up on eclectic moonstone jewelry a la carte or grab a handful (quite literally) of our stackable rings. Don’t forget to layer up on the bracelets too.

A timeless beauty with evergreen style, Bianca Jagger represents the sophisticated side of bohemian culture. From her signature veiled hats and bold earrings to her glitzy nightclub looks, she’s a boho style maven with the swagger of an old Hollywood movie star.

Try your hand at Bianca’s brand of boho jewelry by picking a couple of high impact pieces and giving them room to breathe. Sweep your hair off your face to showcase a pair of statement studs like Serenity or Dewdrop and sport a conflict-free diamond ring like Soulmate.

A 70s it-girl who’s still going strong, Cher burst onto the scene with duets like “I Got You Babe” and “The Beat Goes On.” Today, she’s a one name, one woman show who inspired an entire generation of women to start growing out their hair.

Ever an entertainer, Cher’s bohemian jewelry and accessories game is all about theater - big headdresses, feathers, rhinestones, and shine. The pop superstar (now in her 70s) keeps dishing out fierce looks into her so called “golden years.”

You’ve got several eras of Cher to choose from when crafting your boho style jewelry look. For early Cher, throw on some rustic turquoise jewelry, and for later iterations of her show-stopping style, bring on the gold and bring on the bling.

Build Your Own Look: Mix & Match Your Bohemian Style Jewelry

Now that you’ve gotten a little background into the origins of bohemian style - jewelry, clothes, and accessories come next. Pull out your favorite printed maxi or funky oversize coat, throw on some beat up cowboy boots or gladiator sandals, and dial up your accessory game. Don’t be afraid to add handmade and personal items like a friendship bracelet from childhood, a delightful velvet ribbon, or a piece of colored yarn. Then intermix new pieces (maybe from Moon Magic) with family heirlooms, costume jewelry, and thrifted finds.

The best part about creating your bohemian jewelry look is that there really are no rules. The counterculture was born out of a healthy disrespect for the norm and a commitment to personal expression, so don’t be afraid to cut loose. Bohemian fashion is all about making it up as you go along.