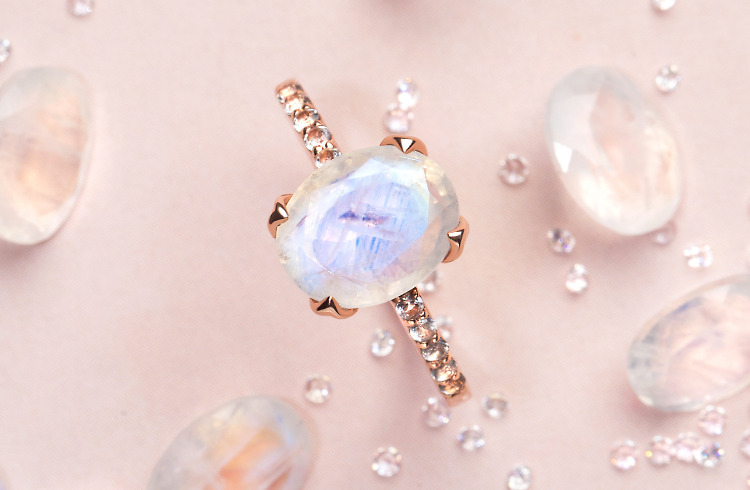 Read our guide to find out everything you need to know about promise rings. From their meaning and history to which finger to wear them on, we’ve got you covered!

What to show your love? How about a Promise Ring!

Wedding rings, engagement rings, and….. promise rings? Promise rings have seen a surge in popularity over the years. Young couples have taken to the practice of wearing matching rings with their bae to show the world their love.

Before you run out to buy a ring, let’s unpack these loving accessories: What is a promise ring? How do promise rings work? What do they look like and how do you wear them? If you’re considering taking your relationship to the next level, have a read and see if a promise ring is right for you and your special someone.

“Romance is a tender kiss with a lingering promise of more to come.”
- Tim Campbell -

What is a Promise Ring?

It’s important not to confuse a promise ring with a purity ring. While a purity ring could be seen as a type of promise ring, purity rings are usually self-purchased or given by parents to their children. These rings are worn as an outward symbol of a person’s commitment to abstain from sex until marriage. A promise ring could hold the same or similar meaning, but it is up to the couple giving them to determine the promise ring’s meaning (more on that later).

History of the Promise Ring

Couples have been exchanging rings as tokens of love and commitment since long ago. In ancient Rome, couples had to wait a certain period of time before marrying, so they would exchange rings as a sign of commitment to each other. Many believe this tradition was the beginning of the modern ‘engagement’ and bears many similarities to the giving of promise rings today. In the Middle Ages, lovers would exchange secret messages and vow their lifelong commitment on posy rings.

As the centuries progressed, so did the way couples expressed their love. Georgian (1714-1837) and Victorian (1837-1901) lovers would exchange acrostic rings with secret messages coded in gemstones. First popularised by Marie Antoinette, acrostic rings use the first letter of each gemstone to spell out words of affection. A ring set with Lapis Lazuli, Opal, Verdelite Tourmaline, and Emerald, for example, would spell out LOVE. As tokens of love, many of these rings still survive with the most popular messages reading ‘dearest’ (set with Diamond, Emerald, Amethyst, Ruby, Emerald, Sapphire, and Tourmaline) and ‘regard’ (set with Ruby, Emerald, Garnet, Amethyst, Ruby, and Diamond).

While the idea of a promise ring as a pre-engagement ring is a modern concept, giving rings as a token of love and affection is an age-old tradition.

What is the meaning of a Promise Ring?

Communication is key to ensure both parties are happy and understand the promise ring meaning and the commitment they are making to each other as well as to prevent any awkward situations. Each couple is unique and has their own needs, so make sure you’re both on the same page.

But what is a promise ring’s meaning for couples? These days, a promise ring meaning is usually a sign that the relationship has taken a step up; from dating to something more, but not quite ready for marriage. Some couples use a promise ring as a precursor to marriage, but this isn’t always the case. Others that may never intend to marry use promise rings to signify the seriousness and the long-term nature of their commitment to their partner.

Geography, finances, and age are all factors that can contribute to a couple choosing a promise ring. If a couple is in a long-distance relationship, a promise ring may be a reminder of their partner until they are reunited. Young lovers may not be mature enough or have money to invest in an engagement ring. In these situations, a promise ring may provide an option to show your love and commitment without the pressure of starting wedding planning.

“Promises are only as strong as the person who gives them.”
- Stephen Richards -

Just as there is no one definition of a promise ring, there is also no single style. Promise rings can come in all shapes and sizes depending on the wearer’s individual taste. Most choose a ring that is simple and has meaning to them; whether it’s a ring with a heart-motif, infinity-set or engraved with their lover's name. Some of the most popular choices are:

Did you know rings have been exchanged as a promise of commitment since the Ancient Romans? 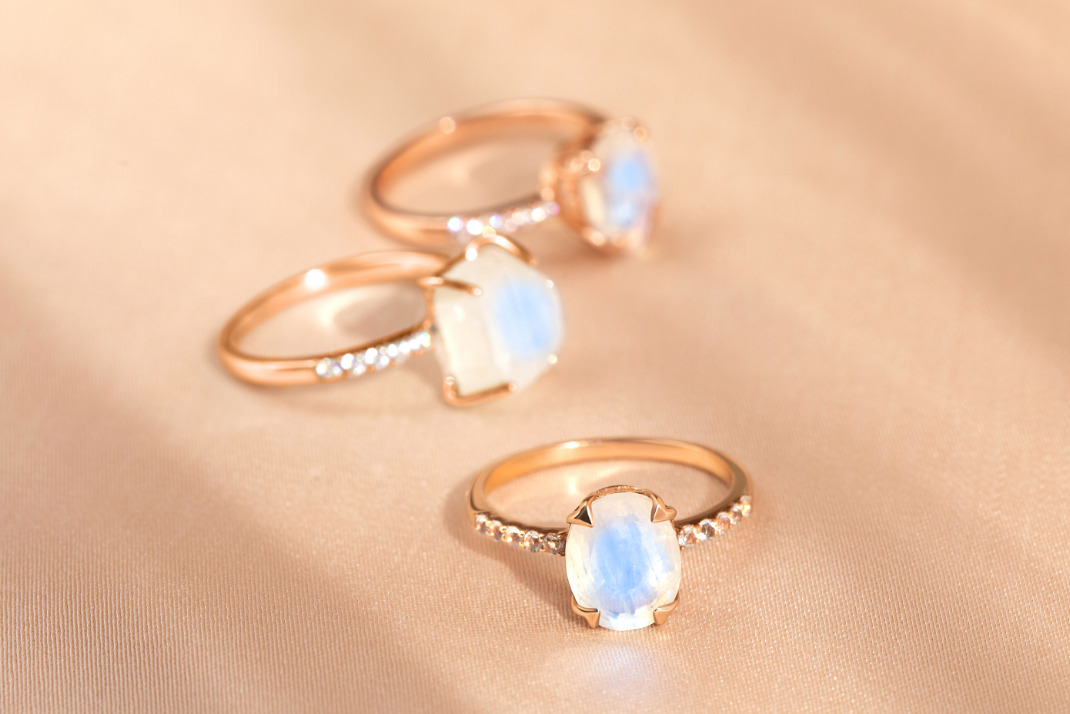 A promise ring doesn’t mean you have to get married!

Promise rings come in all shapes and sizes. Explore our collection of promise rings! 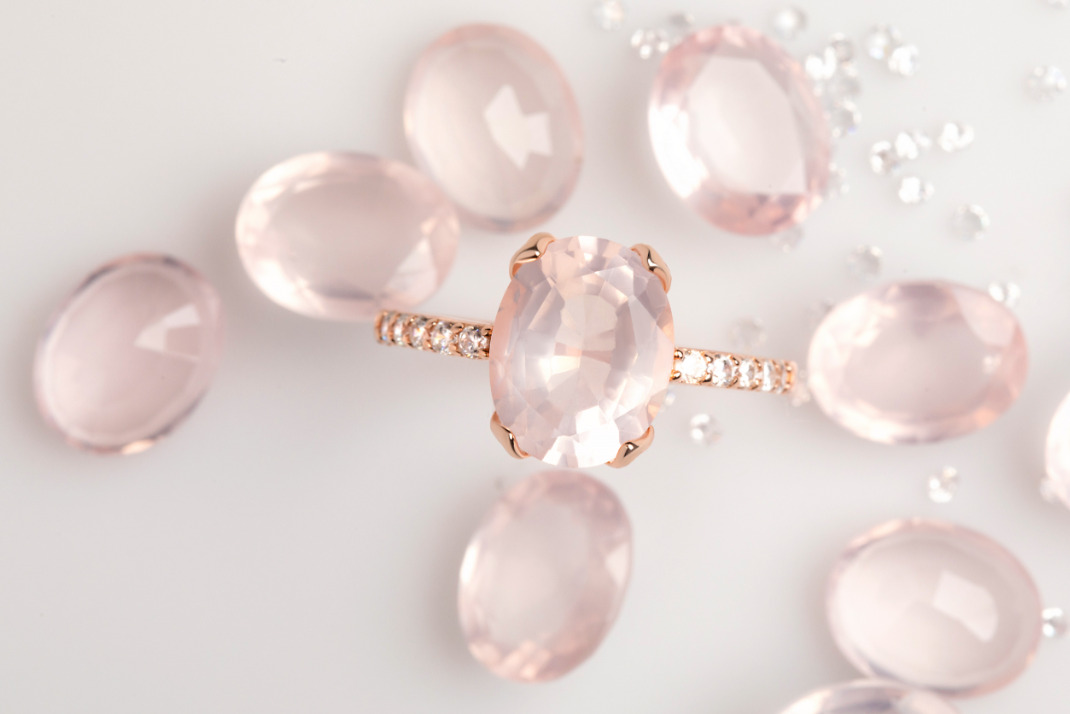 What finger does a promise ring go on?

Promise rings can be worn on any finger on any hand. As a symbol of commitment, the act of wearing a promise ring is usually more significant than which finger it’s worn on. Many couples will wear a promise ring on the middle or fourth finger of their left hand. Others choose to wear their ring on a chain like a pendant, to keep the ring close to their heart. After a couple gets engaged, they will typically wear their promise ring on their right hand, or incorporate it into their wedding set.

How much does a promise ring cost?

There are no set rules or traditions when it comes to a budget for your promise ring. It is really up to you and what you can afford. If marriage is in your future, don’t feel pressured to break the bank getting a promise ring. A promise ring is a token of affection and love, so if you think you’ll be saving for an engagement ring, it’s safe to keep your promise ring budget under $2,000. Save the big spending for when you’re ready to get down on one knee.

How do you give someone a promise ring?

Traditionally, promise rings have been given by men to women, but today anything goes! Many couples will shop for promise rings together. Promise rings don’t have to be just for women, men can wear them too. In some Asian countries, couples will purchase matching ring sets to show the world that they are in a committed relationship.

People often choose to give or exchange promise rings on special occasions. Make sure you discuss your promise ring's meaning with your significant other before you present it so it isn’t mistaken for an engagement ring and ruin the excitement of your special moment.

Promise rings hold different meanings for different people, but at their core, they are all the same. A promise ring is a symbol of love and hope for the future. With a simple piece of jewelry you are making known your commitment and expressing your love. From sweet messages to pledges of fidelity, rings have been used as a promise made physical, and a tangible reminder of the love between two people.

Ready to find your perfect promise ring? Discover our collection of promise rings. Want to learn more about your favorite jewelry? Check out our guides: How Much Should a Wedding Ring Cost You? or Wedding Jewelry Sets: The Must-Have Mix & Match Pairs For The Big Day.